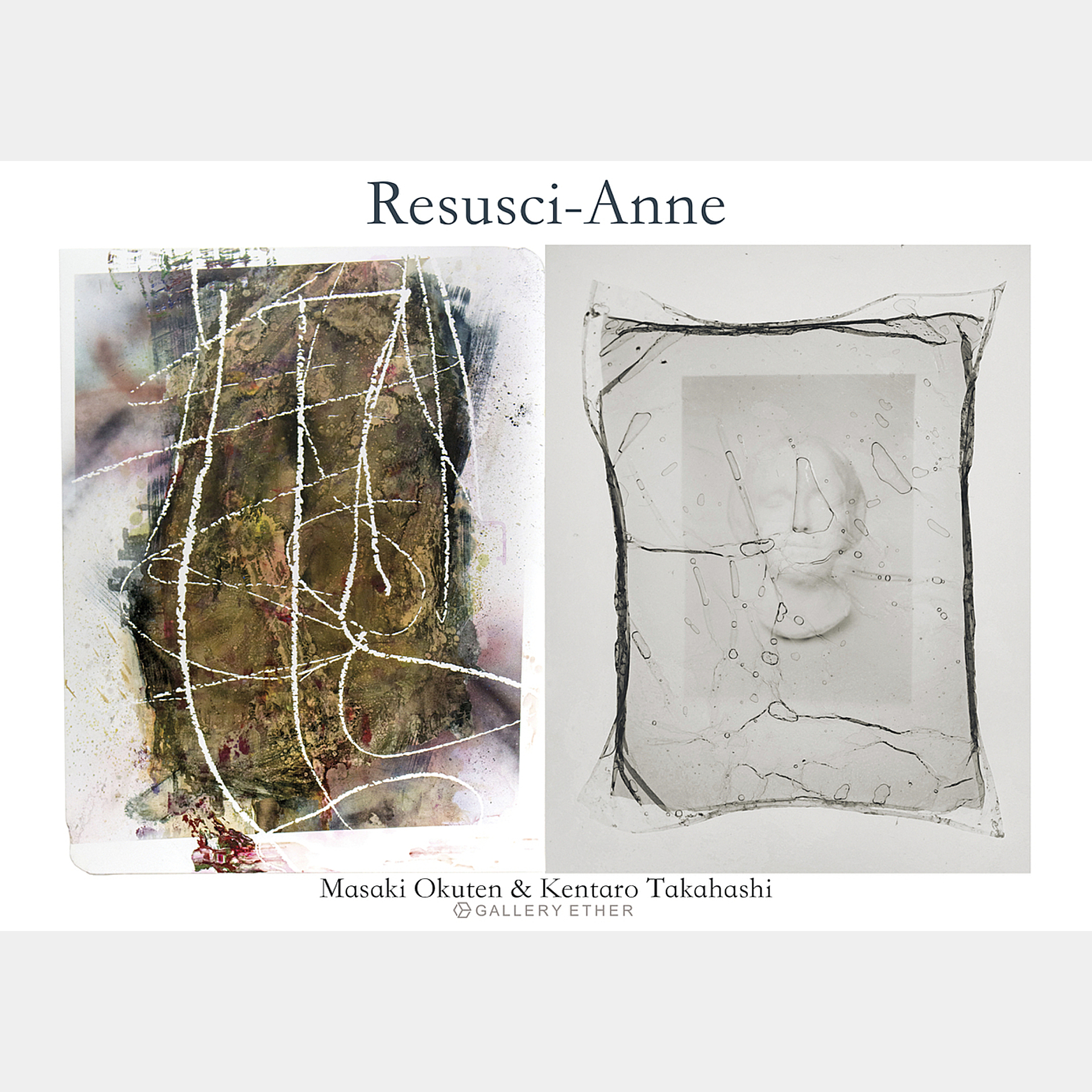 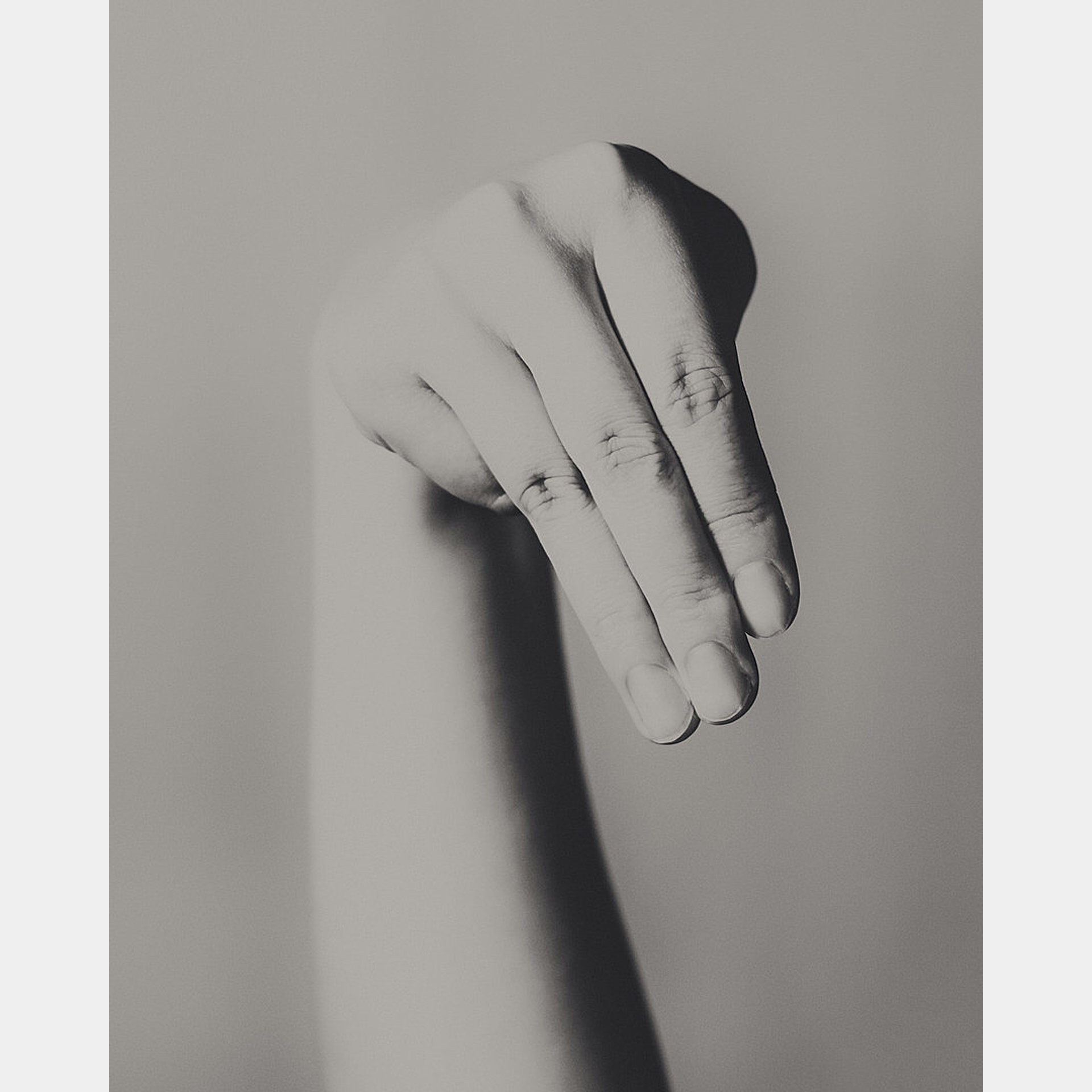 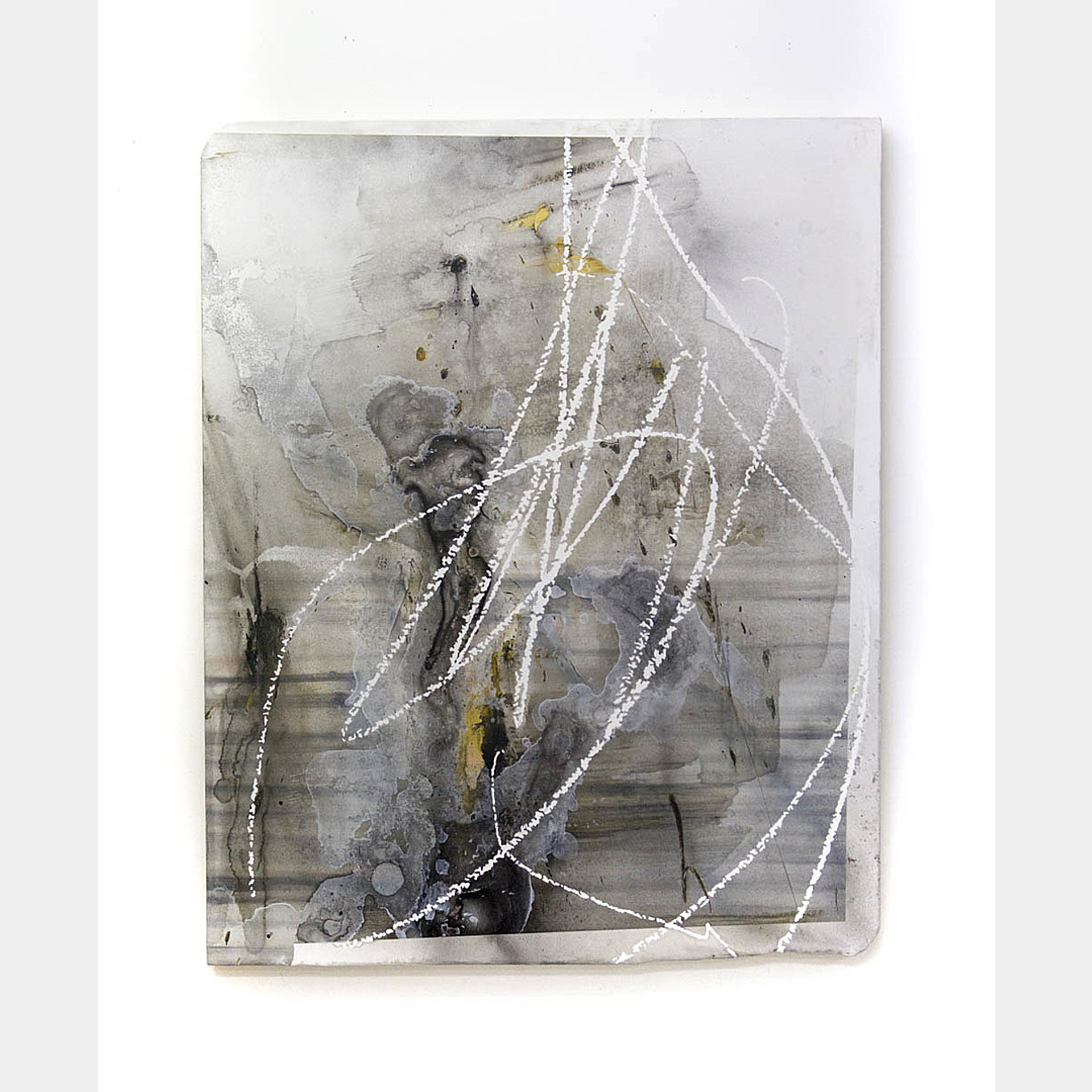 The title, Resusci-Anne, is taken from the medical simulator doll of the same name, the face of which being modeled after L’Inconnue da la Seine (The unknown woman of Seine), the death mask of a young unidentified woman found drowned in the River Seine in the late 1880s. The doll, still in production since then, stood out to the artists Okuten and Takahashi as an enduring icon of simulacrum, having degenerated from person to memorial mask to medical doll being produced in perpetuity.

In the exhibition Resusci-Anne the artists draw on their shared feelings toward the act of production relative to their different forms of expression, painting and photography respectively, as means of capturing motifs and manifesting them via artistic mediums and actions. Throughout the various works put forth by each artist, including their first collaborative installation piece, the duo intersect the perspectives of painter and photographer in an exploration of methods of approaching the “distances” encountered in the production process.

An opening reception with the artists in attendance will be held on Saturday, September 10th from 17:00 to 20:00. We look forward to seeing you there!

Resusci-Anne is a special two-person exhibition that reconfirms the commonalities and differences found in two-dimensional works by examining the various senses of distance from the perspectives of the painter Masaki Okuten and the photographer Kentaro Takahashi.

Masaki Okuten works with a theme of “laminated structure”, vigorously composing abstract paintings from a multitude of layers that assert and emphasize the pure white lines that shine through from the base.

Kentaro Takahashi ruminates on the “distance” to the subject. By focusing on an obstruction such as a mesh placed between the subject and camera rather than the subject itself, he is able to capture more obscured, symbolic images.

So what can they do with their respective means of expression, painting and photography? Keeping this question in mind they explored a number of approaches to find a sincere answer.

During the production process of painters and photographers images are taken and developed, instantaneously changing dimensions, as well as capturing the perspective of the photographer for others. In painting, there is the world that is depicted and then there is negative space. In photography, there is the world that is cut from view and becomes invisible. The work becomes a reflection of the artist’s sense of distance. In addition, in painting there is an appropriate distance within the viewing space, between the work and the viewer, at which the work becomes inviting. In photographs, the distance to the actual subject must be considered. Dozens of invisible layers and distances build to constitute the work.

Although there are differences in the process from conception to realization for painting and photography, the relationship between figure and ground, that is how the figure is placed within the ground, or support medium, is the same. After the work is hung in the exhibition space, it can be said that a new way of seeing the work can arise on account of any number of factors, which the artist themselves may not have anticipated. This exhibition aims to expand the range of two-dimensional expression by appreciating two different modes of expression in a single space.

Paintings and photographs are not just some vague records of the past. Why painting? Why photography? Because there is something definite, that can only be expressed in those ways. The artist brings together the past, present, and future, introducing new perspectives to the viewer. Through the work of these artists, we invite you to look once more, with new eyes, at this world.

The person who is the inspiration for this work was pulled as an unidentified corpse from the Louvre bank of the Seine River in Paris, estimated at the time to be about 16 years old. The pathologist who did her autopsy created a death mask, which was the custom at the time when dealing with an unidentified body. Because of her faint smile, her visage was later adopted as the model for a dummy used in CPR training. The medical doll, dubbed the “Resusci-Anne”, was announced in 1960. Within a few years, reproductions of the death mask spread throughout Bohemian groups in Paris, becoming a kind of spooky interior decoration and oddity.

The portrait floating on the surface of the water tank is the unidentified girl found in the Seine River who later became the Resusci-Anne. The image (icon) moves and vibrates in response to outside agitations. The portrait is seen through light emanating from the bottom of the tank, not unlike photo film when being developed. A scene most photographers are quite familiar with, it brings forth memories of the developing process and serves as a metaphor for Resusci-Anne’s own developmental history. On the other hand, similar to white painting, Okuten creates support through the addition of air bubbles and cracks. Through the use of painterly materials, the artists have dared to deviate from the usually flat surface found in printing, and taking advantage of variances in the substrate when fixing the image, they are able to approach the image of Resusci-Anne from another perspective.

The two artists state that they want this work to function like an exchange of letters between writers. It is a dialogue through works, with each working from their own point of view. It gives an understanding of one another’s attitudes towards production. It can be claimed that this work stands as a symbol for the “distance” discussed in this exhibition.

The eyes and hands of the artists are meticulous, both in the technical and sensible aspects, sometimes choosing images with emotion to build a new world not possible to convey entirely to the viewer. Within our surrounding environment, to what extent are we able to share values and information, aesthetics and personal thoughts? Perhaps the work belongs to no one. Maybe it is for no one, something that cannot be clearly explained or deciphered.

The smile of the girl who became a corpse has changed through many reiterations over the course of about 130 years. We can only imagine the various histories of those smiles.

With this work, the image of a girl pulled from the Seine River begins to drift once more. 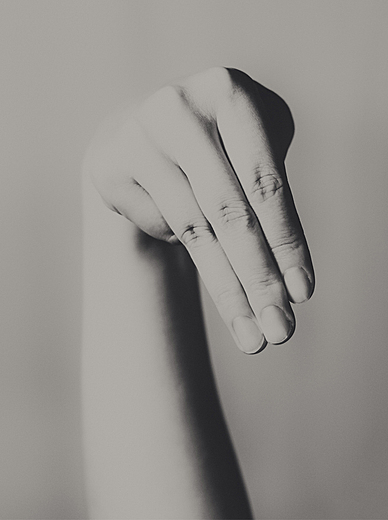 Kentaro Takahashi moved to England in 2011 where he graduated from the London College of Communication Photography in 2014. Afterwards, he stayed in London where he continued to take photographs, mainly of local culture and musicians, until returning to Japan in 2019. He remains active to this day, working with the theme of visualizing the invisible. 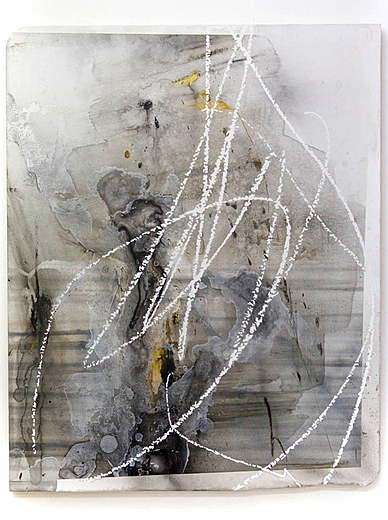 By deliberately removing the context of art history from the canvas, Masaki Okuten shuts off the possibility of his work being overinterpreted influenced by the art historical background, yet focuses on pictorial expression in order to encourage people to enjoy the work with a wider and universal sense.

Okuten believes the encounter with the artwork is an accident like the natural encounter between people, and by cutting the canvas and modifying the support, the foreign matter that stands out in the space where the work is installed gives off a strong presence and materiality in his works. By deforming edges of a rectangular piece of paper, he encourages the viewer to dive into the painting space freed from the rectangular frame.

In order for the viewer to recollect memories and sensations of the past like their own childhood, Okuten applies layers of paints on the canvas so that viewers can recall and interact with the clues of the memory to the closest surface of the canvas covered by layers of paints. By removing the masking on the top of the layers in the end, the finished work leaves a white line that implicates the multiple layers of the paints.

The painting space, where only the white lines and effects are left and the centre is missing, is like an absent portrait in which only the signs of the person are removed. This is a manifestation of the attitude of wanting people to see the traces of others drawn on the screen in a high-purity state by not leaving their presence in the work. In a series of productions, the artist takes an approach of erasing his existence from the work, but there are still some traces and signs of life.