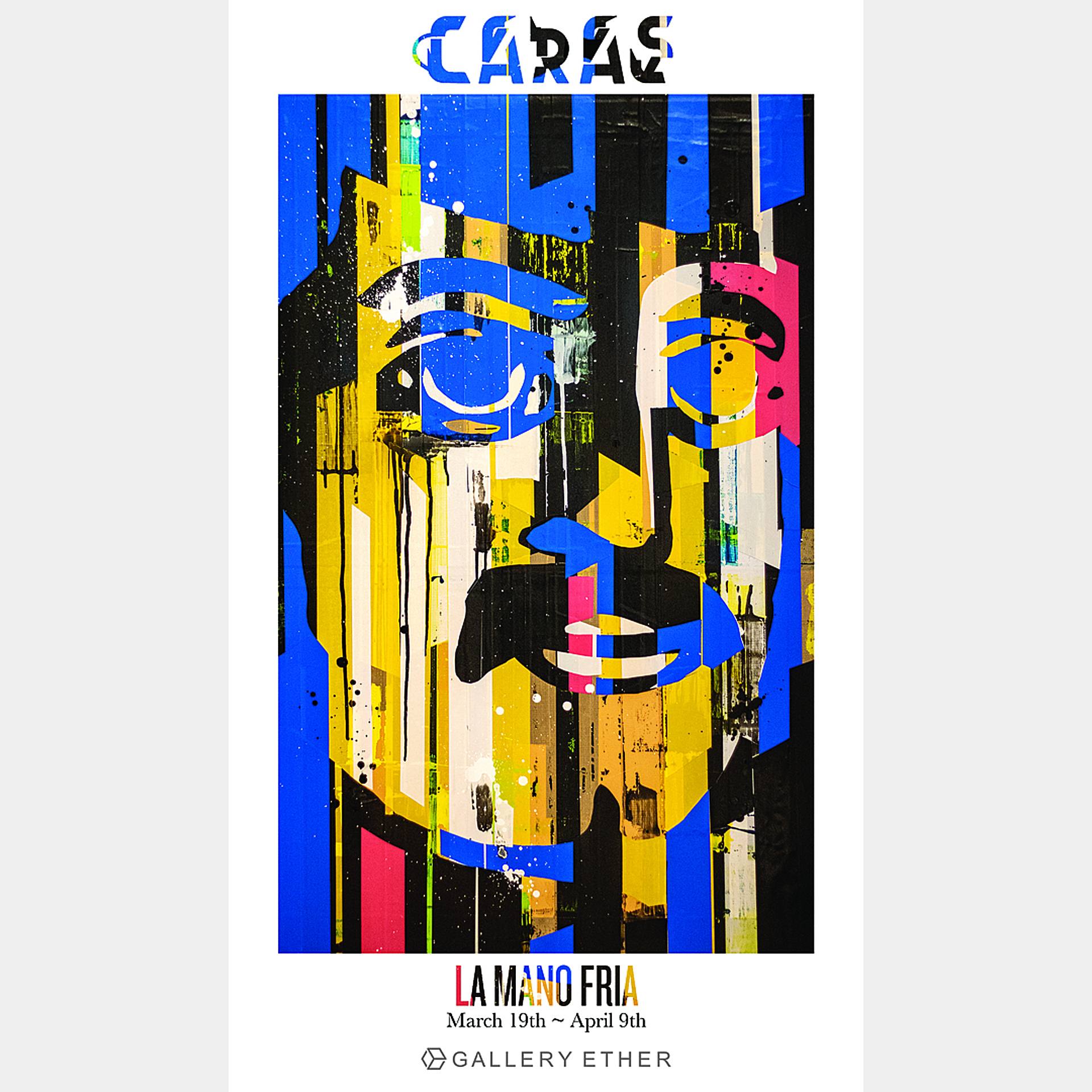 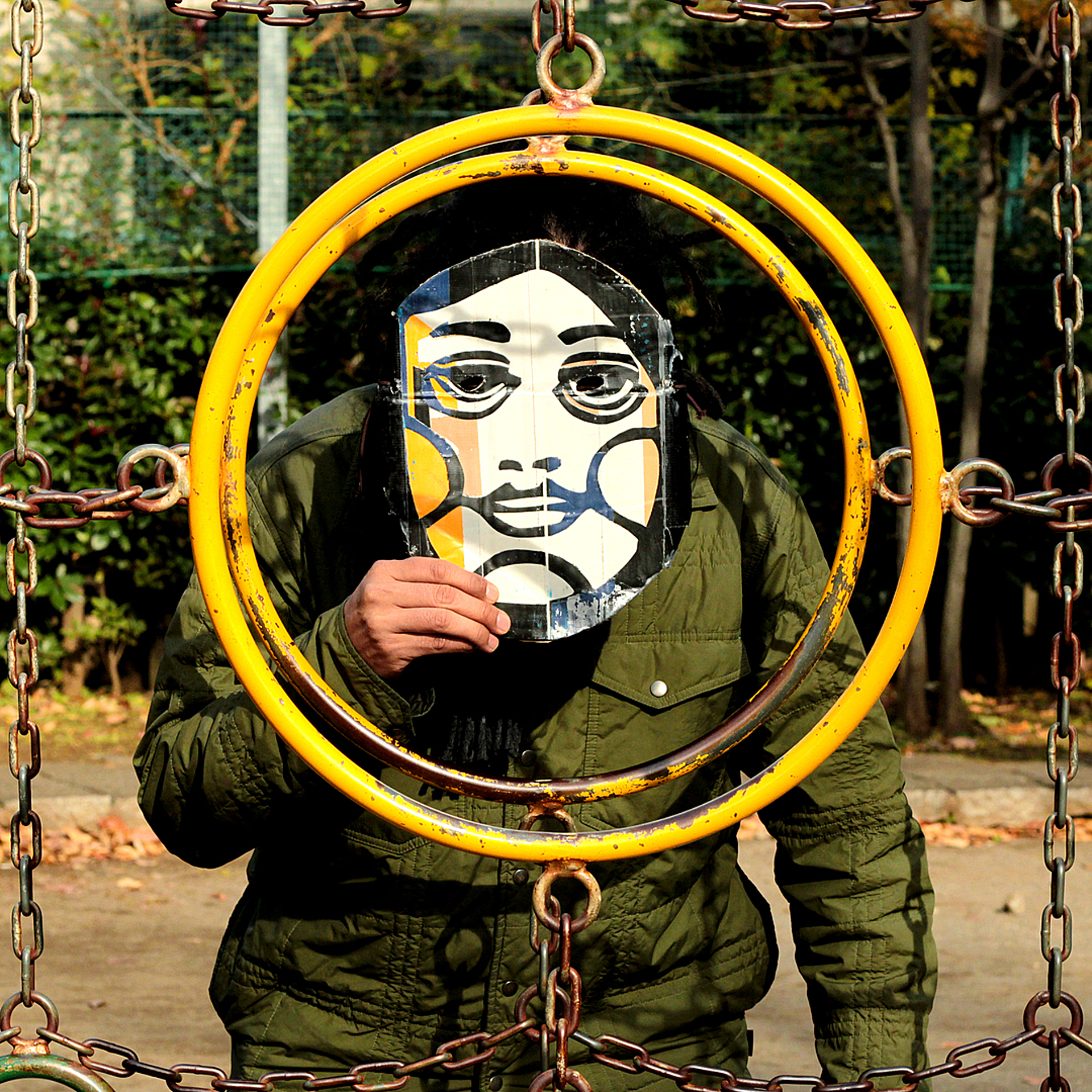 GALLERY ETHER is excited to return in 2022 with CARAS, a new solo-exhibition by multidisciplinary American artist La Mano Fria, to be held from Saturday, March 19th through Saturday, April 9th.

CARAS is a two-event exhibition being held in conjunction with the launch of Tokyo based street art NFT platform, Totemo. A showcase and live auction of digital NFT artworks will be held at UltraSuperNew Gallery on Sunday, March 13th, followed by the exhibition of physical works and a live performance at GALLERY ETHER on Saturday, March 19th.

Internationally renowned multidisciplinary artist La Mano Fria grew up in the hip-hop and graffiti culture of New York City before relocating to Miami as a teen in the late 80’s. There, he graduated from IFAC (International Fine Arts College) adding graphic design and typography to his already respected skills as a graffiti writer. Afterwards, he launched his own clothing company Rice and Beans, initially through the legendary “Footwork” NYC, and later through Beams Japan, while at the same time establishing himself in the international music scene with his labels Beta Bodega and Botanica del Jibaro. Currently, he most often splits his time between Japan and Miami where he organizes music and cultural exchange festivals. He has showcased his signature live graphic performances, utilizing various painting techniques, tape, and projected elements in events in Europe, the Americas, Asia, and all over the world. His work has been featured in collaboration with companies such as Asahi, Nest Beer, Ford, Minerva, and as album art for notable musicians such as Prefuse 73, Raekwon of The Wu Tang Clan, Dead Prez, and so on.

In CARAS, Spanish for “Faces”, La Mano Fria draws on his Latin heritage as well as his extensive background in the arts. His surfaces become as layered as his past, with graphic elements being woven in tape amidst graffiti and screen printing influenced painting techniques, finally culminating in bold and vibrant images that one might easily find themselves lost, or maybe, found in.

An opening reception with a live creative performance by the artist will be held on Saturday, March 19th starting at 17:00. We look forward to seeing you there!