Having graduated as an Industrial Engineer from the University of Florence (Italy), Sante Visioni's artistic exploration mainly focuses on the concept of 'balance'. By investigating the tension which can be created by opposite forces, he explores how such contrasts can be used to express our inner feelings. While keeping this at the core of his production, he aims at providing immersive experiences which go beyond the pure visual display, by letting both the audience and himself also engage with sound and other mediums. This exploration of interaction, which often enters into the scope of physical contact, had a fundamental inception in 2010, when he became a member of DPG, an Italian based electro-punk band, and started painting during live acts surrounded by the crowd. The spontaneity and immediacy of those moments are still a vivid part of his creative process.

Strongly believing in the power of mutual influence, even between fields usually disconnected, he pursues projects and collaborations with other artists, fostering the opportunity for the community to delve into hybrid outcomes. Besides his studio activity, he carries on live performances and street interventions, while also collaborating with established brands. 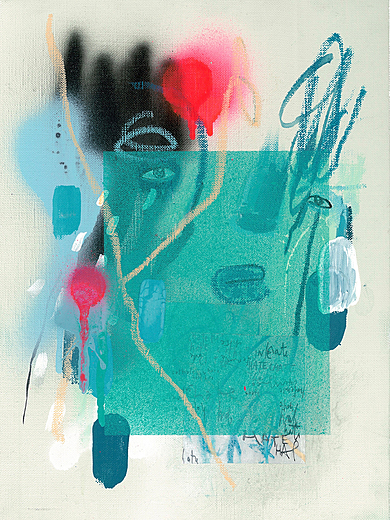