Kenki Tsujimoto is a Nagasaki-based Japanese painter whose work is largely influenced by his slightly younger twin brother. He is a mostly self-taught artist. Having briefly attended a local painting school instead of a traditional art university, he began to work independently while continuing to hone his painting skills on his own terms. His work often combines traditional Japanese materials with contemporary acrylic and oil painting techniques and has won a number of awards within Japan. 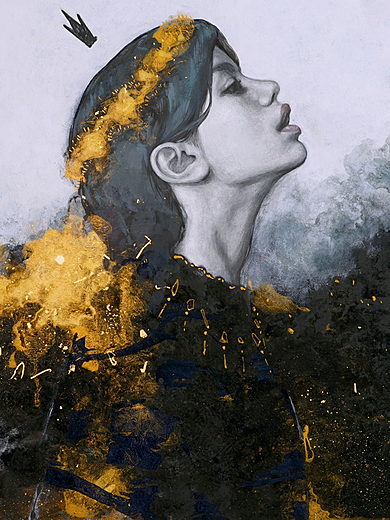