Charles Saylor grew up in Panama City, Florida and began working in mixed-media collage while obtaining a degree in biochemistry from Florida State University. He started focusing more upon acrylics and ink during time studying medicine in the United Kingdom, Caribbean, and Brooklyn, New York. His work often attempts to blend, juxtapose minimalistic, archaic western imagery with the complexity and frivolity of global capitalism in our current time. He currently resides in Tallahassee, Florida where he also works as a medical doctor. 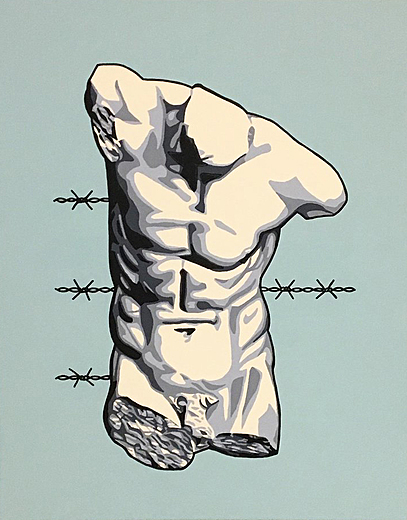