Ali Roudabush was born in 1984 in Norfolk, Virginia and raised in Pensacola, Florida. The first two years of her studies at the Savannah College of Art and Design (SCAD) focused on graphic design and later moved into printmaking. The processes learned during her college years included: intaglio, relief, lithography, serigraphy, book arts, and letterpress. Her primary focus in printmaking was letterpress, and once she graduated, she was hired as a letterpress printer in New York. Since moving home from New York, she has found a career as a tattooer, and consequently, has discovered her most prolific period of creativity. 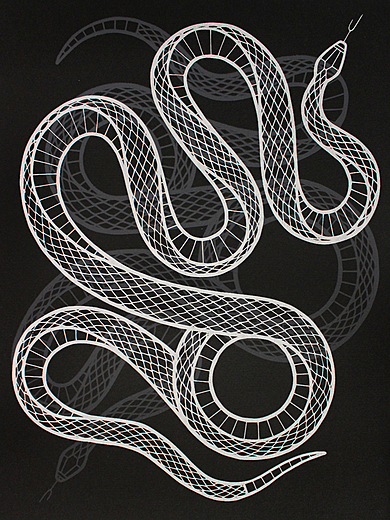