Alex Face is a Thai graffiti artist who maneuvers in public space to provoke thought from city dwellers. His significant fame came in 2009 after becoming father to his daughter, Mardi. Concerned about the coming world in which she will live, Alex introduced the character of a three-eyed child dressed in a ragged rabbit suit inspired by her. Sometimes appearing with her eyes closed, she gives passerby's a sense of weary vulnerability and wry looks. 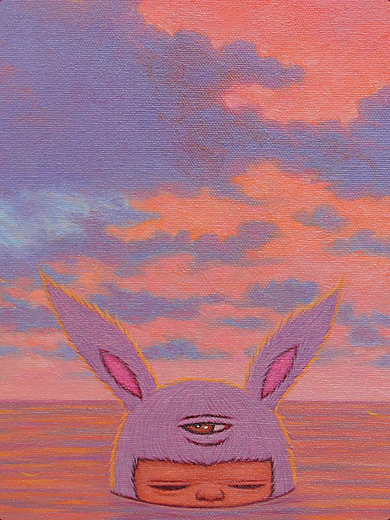